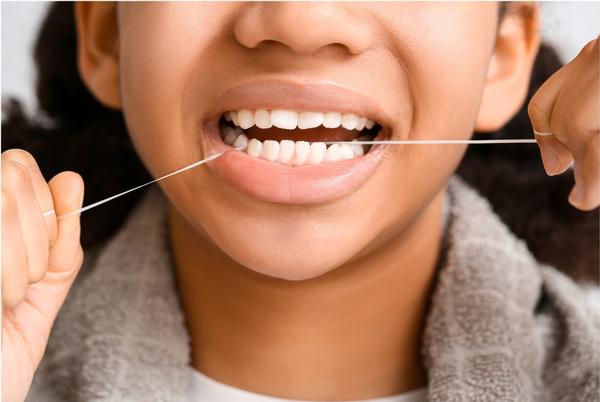 Alright, alright… we’ve all heard, and I’ve repeated many times to patients and families, that it is important to brush twice a day and floss once a day.  However, I wonder if it is something that patients hear so often that the mantra begins to lose its effectiveness.  Therefore, I figured it is a good time to write a blog to dive a little deeper into this topic.

Brushing
The idea is to brush for two minutes, once in the morning and once at night.  Refer to our earlier blog entitled “Before or After Breakfast: Brushing Your Child’s Teeth” for timing of morning brushing.  Then in the evening we should be brushing either right before bed or sometime after the last time we will be eating or drinking for the night.
As for brushing technique, the idea is to form small circles with your toothbrush bristles and to focus most of the brushing along the gumline.  The gumline (or where the gums meet the teeth) is the most commonly neglected spot to brush effectively.  While brushing along the gumlines, the goal is to angle the toothbrush on the spot where your gums meet your teeth (in other words, angle the bristles up on top teeth and down on the bottom teeth).  Gentle brushing is the key – it doesn’t take much pressure to remove plaque on teeth surfaces.  Brushing too hard may cause some unnecessary damage to gums surrounding teeth.  It is also important to spend some time brushing on the chewing surfaces of the teeth to remove plaque and food debris from the grooves and crevices of teeth.

Flossing
We should be flossing our teeth once a day.  Gently rub the floss up and down each tooth between the tooth and gums and in between each tooth that contacts another tooth. Gentle is the key so as not to cause gum damage.  If you haven’t flossed for a while, your gums will be sore after the first time you floss.  Stick with the routine of flossing once daily and your gums will toughen-up and the soreness will be a thing of the past.

There is debate about whether this should be done in the morning or evening.  There is also debate as to whether it should be done before or after brushing.  I floss at night after brushing.  However, so long as it happens once a day, find a way to fit it into your routine with your preferences, and your teeth and gums will be better off for it.
Happy brushing and flossing!